Everything To Know About Your Phone & Data Plans

Like too many consumers using their phones exclusively for activities requiring an internet connection, mobile data has become the main function of most mobile phone plans.

For the bulk of cell phone services providing unlimited minutes and text now in place, the largest price gap for cell phone coverage is mainly mobile data. Here we'll go over what you need to know about mobile data, including what it is, data limitations, and how to handle your data.

Before we delve into data plans and other aspects of the network required, let’s first cover what exactly a mobile phone is.

The Evolution of Mobile Network In India

India's telecommunications network is the second largest in the world by number of telephone users (both fixed and mobile) with 1171.80 million subscribers as of 31 October 2020. It has one of the lowest call tariffs in the world accelerated by mega-telecom and mobile operators and hyper-competition among them.

Telecommunications has helped India's socio-economic growth and has played a critical role in narrowing the digital rural-urban divide to some extent. It has also helped to improve the openness of governance with the implementation of e-government in India. The government has pragmatically used new telecommunications infrastructure to provide mass education programs to rural Indians.

What Is A SIM Card? 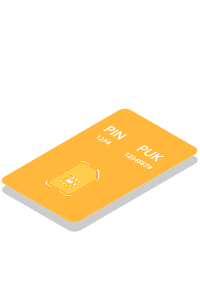 SIM cards are compact cards with a chip that are removable and transferable to other mobiles. In order for a GSM phone to operate, a SIM card must be inserted in it so that you can use the local mobile network to make or receive calls, send text or use the data plan offered by the service providers.

How Do Dual SIMs Work?

A Dual SIM is referred to as a mobile phone that has more than one SIM slot in which you can put several SIM cards that operate from a single device. Generally, you can use Dual SIMs in two ways:

What Is A Mobile Plan? 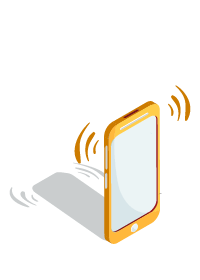 A mobile plan is a subscription deal with a mobile operator that allows the cell phone to use its network to send or receive phone calls and text messages and to use the internet using cellular data.

After the introduction of smartphones, most telecom service providers have offered data plans at differing rates depending on the volume of data transfer permitted before a data limit is placed. Some data plans provide audio, text messages and data,, while others are split into two charges, one for calling and text, and one for data. Any smartphone devices can opt out of data and make use of Wi-Fi for Internet access. However, a data plan allows connectivity to locations beyond the spectrum of Wi-Fi networks available.

What Is Mobile Data?

Mobile data is all information transmitted and received by your phone (or other wired mobile device) over a wireless network. Whenever you're using the Internet on your tablet, you're using your cell info. Common examples of data-using events include:

Why is it so important to know about mobile data?

There are essentially two distinct kinds of mobile phone plans:   with data limitations, and   with unlimited data. Unlimited plans are normally the most costly, although low-data plans are traditionally the cheapest. To get the right package for you at the best price, it's important to understand the patterns of your data usage. If you're not using a lot of applications that demand mobile access, there's no need to purchase a mobile phone contract with unlimited data. Moreover, the speed of the data can also have an impact on the cost, hence, it’s imperative to make an informed decision.

What Are The Different Mobile Data Speeds?

You can either get mobile data speed at 2G, 3G, 4G and the emerging 5G. The top 4G LTE speeds of major carriers can be expected to achieve up to 35-60Mbps. Although MVNOs are running on major carrier networks, you will not see the same peak speeds from these smaller carriers. Big carriers usually save their best rates for consumers who have signed up specifically with them.

For most users, 30-60Mbps would be fast enough to support the cell data use needs. To get an idea of how high you would like your data speed to be, here are some of the major video streamers' guidelines for bandwidth:

Gaming takes around the same amount of bandwidth; however, professional players can feel more relaxed with a bit more pace. And when connecting a smartphone or two with a mobile hotspot, the bandwidth you can get from the major network providers should be able to meet your needs.

If you're using your phone as your primary Internet outlet, you might want to make sure that you're not signed up to a contract that caps download rates anywhere below 10Mbps.

The Introduction of 5G

As bad as 2020 was, at least one remarkable thing happened: all four main carriers fulfilled the minimum standards for 5G national coverage. Before you get too enthusiastic, you know there are some major caveats about this upcoming 5G. First, the widely accessible 5G is nowhere near as fast as the 1Gbps that 5G would theoretically achieve. In reality, most consumers with connections to 5G would see just marginally higher speeds than 4G LTE. Second, there is also very little penetration of 5G in rural areas. Having a "national" status ensures that a large portion of the population is protected, but note that the bulk of the country's population resides in just about 6% of the land area.

One day, 5G will live to its maximum capacity. For now, though, you're probably better off by not making any assumptions about what mobile phone package you're going to purchase depending on the 5G infrastructure and coverage.

What Is An Unlimited Data Plan?

Most providers can provide the alternative of choosing a package that offers unrestricted data. The first thing you need to remember about cell data caps is that overage penalties are pretty much a thing of the past. Going over the cap would not incur any additional and really large costs. Instead, your carrier can slow down your data rates considerably (almost unusable and inadequate) until you meet your limit. Essentially, the data limitations of the mobile phone contract are limits on full/high-speed data.

The second thing you should know is that even limitless data is limited. There are two forms of unrestricted mobile phone service plans:

Unlimited plans allow you to use up to a certain amount of data at maximum capacity before any possible slowdown, known as the data deprioritisation threshold, can occur. If you hit the quota, you can still receive maximum rates, but at periods where the network is congested, the cell data may be slowed down or deprioritised in order to give enough capacity to consumers who have not crossed their thresholds.

Guaranteed high-speed allocations normally vary from 20GB to 50GB, but they can be as high as 100GB. Usually, the higher the allocation, the higher the amount. Many of the largest deprioritisation thresholds can be seen in the premium plans offered by major carriers. These plans are costly, but for those who are on the move and need to be actively linked, they are definitely the best choices.

This is a more common and budget-friendly option. While you will have fast speed internet access while you’re within a particular threshold for the month, the speed will reduce drastically once that is over. For example, you can access 4G speed for up to 100 GB in a month, but once you’ve consumed that, you can only access the internet with 2G or 3G speed, depending on your service provider.

How To Deactivate Your SIM Card?

Once you have cleared your SIM, you need to call the customer support of your service provider. Explain to them why you want to deactivate your SIM card. Depending on the provider, you might have to fill out a few forms by visiting your nearest branch before your SIM will be deactivated.

Once you have successfully deactivated your SIM, ensure that you cut the card and throw away the pieces to ensure the card cannot be misused in any way.

Pro TipSome network providers will deactivate your SIM automatically if you don’t use it for a particular time period, as per TRAI’s regulations.

What To Consider To Select The Best Mobile Plan

There are important things to remember before considering a new mobile data provider. The cost of text messages, calls and data are among the most significant factors. However, you also need to take into account network reach, international roaming capability, speed capacity, and other considerations.

Here are some essential aspects that need to be addressed before signing a deal with a personal cell phone operator and an internet plan provider.

Expect that there will be moments where the scheme is not working properly. This is where the customer service plays a major role. So, when partnering with a service provider, make sure that the customer satisfaction offerings of the company are unprecedented and of high quality compared to other mobile operators in the sector.

Search for a service provider that has outstanding customer-friendly practices and services. Most critically, partner with a company that puts customer loyalty first.

As any kind of investment, the cost is one of the key things to weigh when looking for the right phone plan. Check the pricing policy of the provider. Find out how much money you're going to spend in the bank account of the provider.

While some customers prefer to have a post-paid model, remember that you still have the ability to invest in prepaid services. But if you're looking for a prepaid service, your decisions may be reduced. So, carefully choose your plan that matches your requirements the best.

It is important for you to be mindful of the scope of the service provider's network coverage. Make sure your coverage is as wide-ranging as you need it to be. This means that you don't have to limit yourself to areas where you can get a signal.

For example, check whether the service provider provides 4G LTE or 5G network connectivity. Today, this is a big deal and it's something that has to be taken into consideration if you have the right phone plan company. This is one of the most optimized programs you need to take advantage of.

Pro TipIn March 2017, Vodafone India and Idea Cellular decided to have a merger of equals, where Vodafone and the Aditya Birla Group will have joint control of this combined company.

Arvind Patil is Head of Selectra India. He is passionate about helping customers and businesses save bill on bills by comparing telecoms services. He's also skilled at analyzing digital trends, to bring the most relevant content to our readers.