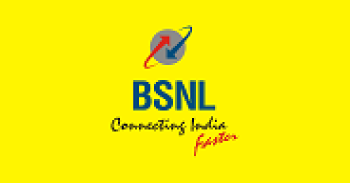 BSNL is one of India's most successful and largest mobile and landline network operators. This telecommunications company is supported by the government and has a strong track record in the country even amid the emergence of other private mobile network operators.

Bharat Sanchar Nigam Limited, a leader in landline and broadband services in India, launched mobile services in all BSNL Circles across India in 2002. The service was initially called Cellone and was renamed BSNL Mobile in 2007.

Offering both GSM and CDMA connections, BSNL also provides prepaid and postpaid plans. After its launch, BSNL Mobile Services has sought to keep pace with the changing technologies and competition in the mobile space. Currently, the operator has more than 113 million mobile customers across India and has been a leader in multiple services, and became the first company to offer free roaming services across India.

The History of BSNL

BSNL is India's oldest communications service provider whose existence dates back to the British era in the 19th century, and it was the first telegraph line in the British era to have been built in 1851, and it had previously been linked to a section of the former Postal and Telegraph Department.

The Government of India turned telecommunications and telegraph services into a company in October 2000 and called it Bharat Sanchar Nigam Limited, which now operates as a fully owned government public sector in the economy, and after the establishment, PSU operated BSNL telegraph services in India until the facilities were shut down in July 2015 by putting a complete end to Telegram services in history.

As of date, BSNL offers multiple telecommunication products and runs a successful mobile network that provides 3G and 4G data plans to almost every region in the country.

BSNL Landline is India's biggest fixed-line telephone company. It has more than 10,41 million consumers and 49.34% market share in India.

BSNL is India's fourth largest ISP, with a presence throughout the region. It also has the largest fiber-based telecommunications network in India, approximately 7.5 lakh kilometers between the four operators in the region.

On 16 August 2018, Bharat Sanchar Nigam Limited unveiled BSNL Wings Services in 22 telecommunications circles where there is no need for SIM card or cable wiring, such as a VoIP service with an app. It provides unlimited free one-year calls in India.

3G Mobile NetworkBSNL Mobile launched 3G services pan India on 27 February 2010. BSNL Mobile already has 3G Roaming coverage in Mumbai & Delhi for other circle users through an arrangement with MTNL, which gives BSNL Mobile a 3G presence in all 22 out of 22 circles in India.

4G Mobile NetworkBSNL Mobile has begun offering 4G connectivity in some of India's broadband networks. LTE Band 1 has been launched in such telecommunications circles by upgrading the current 3G towers. As part of the renovation package promised by the Government of India, BSNL tendered in April 2020 to purchase tower-related telecommunications equipment for LTE deployment in other bands. The ailing network operator hit another roadblock in the deployment of 4G towers.

The Telecom Equipment Promotion Council (India) reported that BSNL had floated the tender with strict standards that would deter local vendors in the region. In the meantime, no equivalent guidance or instruction has been provided by any federal agency to any private player, resulting in a foul play suspicion. As of now, BSNL is scheduled to deploy 4G networks using 60 percent of its current towers capable of serving LTE.

Currently, BSNL's top management is in discussions with private network operators such as Airtel India, Vodafone Idea for 4G ICRA to launch LTE services after the 4G tender has been successfully tendered. After that, its own 4G network would be made available. BSNL has launched VoLTE networks in circles where it provides its 4G services.

The Coverage of BSNL In India

BSNL provides good coverage pan India, especially in the rural areas. BSNL owns spectrum in 850 MHz, 900 MHz, 1800 MHz, 2100 MHz and 2500 MHz bands across the country. However, despite being one of the first players in India’s telecom industry, the mobile operator hasn’t taken any major strides towards keeping up with the advancing technology.

Analysts point to the typical issues that haunt PSUs – inefficient decision-making, bloated workers with big salary bills but badly qualified to function in a dynamic marketplace, and lack of timely growth and network improvements. For example, the organization had more than a year's head start to offer 3G networks relative to private competitors because the spectrum had been allocated earlier, but did not cash in on the benefit.

Moreover, as the downturn has been steady over the last 10 years, better consumer service by private operators may also be the cause for BSNL's decline. The telecom network is up against private carriers that have the new networks and technologies. Unfortunately, BSNL does not have adequate money to protect or hope from the state-run firm in rural areas. This makes it difficult to justify adequate investment to allow it to contend with the new players.

Despite having certain coverage and connectivity issues, BSNL is known to provide affordable prepaid and postpaid data plans, which specially cater to the working middle-class sector of the country.

If you’re looking for a plan that doesn’t bind you to a particular operator and is affordable, then you should consider choosing one of BSNL’s prepaid plans. Here are some of the most popular plans to choose from:

BSNL postpaid plans are relatively less expensive compared to other mobile operators, however, while other operators have partnered with various streaming sites, BSNL doesn’t offer any special benefits to customers. Here are the top BSNL postpaid plans you can choose from:

If you have any queries or complaints, you can use the following information to reach out to the BSNL customer care:

BSNL SIM Card- Making The Most Of Your Connection

Everything To Know About BSNL Internet Speed Test in 2022

Everything To Know About BSNL Internet Speed Test in 2022