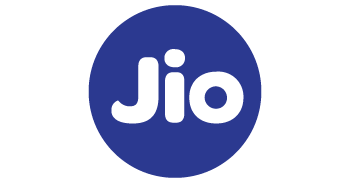 Reliance Jio Infocomm Limited, d/b/a Jio, is an Indian telecommunications company and a subsidiary of Jio Platforms, headquartered in Mumbai, Maharashtra, India. JIO does not offer 2G or 3G service, and instead uses only voice over LTE to provide voice service on its 4G network.

Few global firms have created the kind of fundraising spree that Jio Platforms has in their entire phenomenal journey. The telecommunications operator, a subsidiary of Reliance Industries, India's most profitable firm, launched its services less than five years ago in 2016. It now has over 400 million users. But why did giants like Facebook and Google spend billions in an Indian telecommunications company? Here is everything you need to learn about Reliance Jio.

An Introduction To Reliance Jio

Reliance Jio Infocomm Ltd, also known as Jio) is an Indian telecommunications network provider. It is owned by Reliance Industries, based in Mumbai. Jio offers services like 4G LTE and is the first VoLTE (Voice over LTE) service provider in India.

The platform, which was released with the 'Welcome Offer' for all users on 5th September 2016, was initially implemented in a beta model for Reliance employees only on 27 December 2015, to mark the 83rd anniversary of the birth of Dhirubhai Ambani, founder of Reliance Industries.

Mukesh Ambani's re-entry into telecommunications was both daring and a little discreet. In 2010, the Indian Government started auctioning all 3G and Broadband Wireless Access (BWA) bandwidth, or 4G, which was mainly used for high-speed internet access. The incumbent telecommunications players based their efforts on generating 3G bandwidth as they tried to update their networks and services.

The BWA auction was swept by an anonymous corporation with just around $32,000 in sales and a single internet subscriber. The day after the auction results were announced, RIL purchased the company and confidently declared that its goal was to develop a broadband network that would support the Indian mass market.

Jio had entered the market promising consumers free phone calls and zero roaming costs. The data plans were so unbelievably inexpensive that they undercut the existing players by more than a third. At the launch, Jio's 4G network has already reached 18,000 cities and towns and more than 200,000 villages. Within six months, the corporation promised to serve 90% of India's population. Ambani said he hoped to have 100 million clients as soon as possible.

The Impact of Jio On India’s Digital Space

Jio's effect on India's digital world was nothing short of groundbreaking in the five short years after it was released. The default network for much of the world is now 4G, with Jio responsible for around 70% of the country's 4G traffic in 2019. The affordable internet plans that Jio provided were lapped up by the Indians, and the digitization of India sprinted. Indians used an average of 12GB of data per month in 2019, up from about 90MB in 2014. The nation has also become the second biggest online market in the world.

The Secret Behind Reliance Jio’s Success

The initial JioPhone featured a generous free data bundle that soon contributed to more than 100 million new subscribers. This gamble paid off: by the conclusion of the promotion, 72 million free users converted to paying customers.

Reliance Jio is known for offering big discounts during the Indian holiday season. For Diwali 2019, the price of the JioPhone was reduced to just $9 USD and included free bonus data each time anyone renewed their bundle.

Customers have also reacted well to Reliance Jio's surprise deals, such as the Summer Surprise, which eliminated monthly payments for three months for Jio Prime customers. Summer Surprise was so well received that Reliance Jio offered a number of deals in subsequent years.

Reliance Jio did not rest on the laurels of their famous smartphones and data plans. They also extended their ecosystem, covering offerings in six categories:

Through supplying consumers with a central location for everything from mobile money to music streaming, they have been able to keep them in their ecosystem.

The business launched its 4G broadband service in India in September 2016. It was expected to be released in December 2015, citing rumors that the organization had been waiting for final approval from the government. Jio provides fourth generation (4G) data and voice services, along with auxiliary services such as text messaging and streaming movies and music.

In June 2015, Jio entered into an agreement with Intex, a domestic smartphone manufacturer, to supply 4G voice-capable handsets over LTE (VoLTE). However, in October 2015, Jio revealed that it will launch its own cell phone brand called LYF.

On 25 January 2016, the company launched its LYF smartphone series beginning with Water 1 through its Reliance Retail network of electronic retail outlets. So far, three more handset models have been released, namely Water 2, Earth 1, and Flame 1.

JioPhone is a feature phone line sold by Jio. The first edition, launched in August 2017 (with public pre-orders starting on 24 August 2017), was positioned as a "open" LTE-compatible feature phone. It runs the KaiOS platform (derived from the discontinued Firefox OS) and includes a 2.4-inch touchscreen, dual-core processor, 4GB of internal storage, near-field connectivity support, a suite of Jio-branded applications (including HelloJio voice assistant) and a Jio-branded app store.

It also supports the "TV tube" accessory for output on an external monitor.

In July 2018, the company launched the revised JioPhone 2 model in a keyboard bar form factor with a QWERTY keyboard and a horizontal display. Jio has confirmed that Facebook, WhatsApp, and YouTube applications will be available on both phones.

Prior to the introduction of 4G data and telephony services across India, the company started offering free Wi-Fi hotspot services in cities across India, including Surat, Ahmedabad in Gujarat, and Visakhapatnam in Andhra Pradesh, Indore, Jabalpur, Dewas and Ujjain in Madhya Pradesh, selected Mumbai locations in Maharashtra, Kolkata in West Bengal, Lucknow in Uttar Pradesh, Bhubaneswar in Odisha, Muskat.

In August 2018, Jio started testing a new triple play fiber home infrastructure branded as Jio GigaFiber, including wireless internet with speeds ranging from 100 to 1000 Mbit/s, as well as television and landline services.

In August 2019, it was revealed that the service will be formally unveiled as JioFiber on 5 September 2019, in celebration of the company's third anniversary. Jio has also revealed plans to provide streaming of still-in-theatre films ("First Day First Show") to qualifying JioFiber users.

In 2015, the organization had a network of more than 250,000 km of fiber optic cables in the region, over which it collaborated with local cable providers to improve the connectivity of its broadband services.

Get more information on strength factors behind

To switch your network provider to Reliance Jio, or if you’re facing any challenges, you could fill out a form to request a call back from their customer care. If you want to reach out to their executives directly, please use the information given below:

Here are some of the most popular Reliance Jio prepaid plans you can choose from:

Here are some of the most popular Reliance Jio postpaid plans you can choose from:

Taking Indian Telecommunication To The Next Level With 5G

Mukesh Ambani declared that Jio will start testing its homegrown 5G solution as soon as the spectrum was available. The declaration was made at the 43rd Annual General Meeting of the RIL.

Jio has partnered with companies like Samsung and Qualcomm to introduce 5G to India. In the meeting, Ambani said, “I assure you that Jio will pioneer the 5G revolution in India in the second half of 2021. It will be powered by indigenous-developed network, hardware and technology components. Jio’s 5G service will be a testimony to your inspiring vision of Atma-Nirbhar Bharat.”

Ambani advised the government to take policy measures "to speed up the early roll-out of 5G and make it accessible and usable anywhere."

An In-depth SWOT Analysis of Reliance Jio for 2022

An In-depth SWOT Analysis of Reliance Jio for 2022

Reliance JIO SIM card: Everything you need to know!

Jio Speed Test: How To Measure & Improve Speed In 2022

Jio Speed Test: How To Measure & Improve Speed In 2022