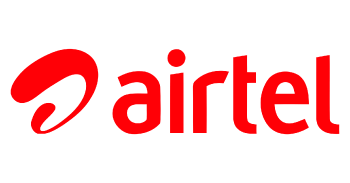 Bharti Airtel Limited, famously known as Airtel, is an Indian telecommunication service provider multinational company with its headquarters based in New Delhi. The company is led by Mr Sunil Mittal. Airtel offers a multitude of services including mobile services, voice services, and broadband services to customers across India, making it the second-biggest mobile network operator in India.

Airtel’s network coverage spreads across almost all the states in India. Their network coverage graph is lesser than Reliance Jio; however, in terms of internet speed, Airtel tops the list.

In 2015, Airtel created India’s first open network platform that gives every individual access to its tower maps, low network areas, strong signal zones, high-speed internet regions, and more. Today, Airtel has become a member of each Indian household and the Bharti Airtel share price has captured the attention of stakeholders throughout the country.

What Are The Services Offered by Airtel?

The Company offers a wide range of services to all the consumers across its network. Their focus is to win lifelong customers by providing exceptional experiences and utmost satisfaction.

Which Are The Best Airtel Mobile Recharge Plans?

Here is a quick list of the Airtel recharge categories available:

Airtel stores offer multiple prepaid recharge plans in India that suit everyone’s pocket. Its 3G and 4G services are widely spread throughout the country, with VoLTE technology across metros and other major cities.

The company has a plethora of prepaid plans with the cheapest Airtel recharge plan starting from Rs. 10 and ranging up to Rs. 6999, which is an international roaming plan.

The prepaid plans are divided into five groups:

These Airtel Prepaid plans can be easily changed and modified as per personal requirements. Today, we will talk about the top 10 Airtel prepaid plans that can be recharged anytime. These recharge plans are in-line with the Delhi-NCR region, but the region-wise difference is not more than Rs. 10 to Rs. 15.

Here is a list of Airtel's best prepaid plans starting from the cheapest:

The postpaid plans are some of the best-selling plans among all the telecom operators in India. Even after having tough competition with other telecom companies like Reliance Jio, BSNL and Vodafone-Idea (Vi), Airtel has done remarkably well for its Indian customers.

All the postpaid Airtel plans come with Airtel Thanks Rewards that differ from plan to plan.

The Airtel Black rewards include free annual subscriptions to:

The latest update of TRAI stated that Airtel has been the biggest gainer in 2020 when it comes to new subscribers. Airtel added 3.8 million additional subscribers last year as compared to Reliance Jio who added only 1.5 million users whereas Vodafone-Idea lost 4.6 million subscribers.

Airtel offers unlimited broadband plans to its customers across India that come with a bundle of video entertainment applications subscriptions and an HD set-top box with a refundable deposit system.

Airtel has an FTTH (Fiber to Home) technology that comes with a fully dedicated fiber optic cable that can connect up to 10 devices by a specialized and high-grade Wi-Fi router modem. The FTTH provides multiple internet packages that range from Rs. 499 to Rs 3999, depending on the geographic location and utility.

Now you can easily enjoy office-like internet at your home with Airtel Xstream Fiber which has some astonishing benefits like:

V-Fiber TechnologyThe Airtel Xstream Fibernetconnection guarantees a more stable connection and higher speed due to the Fiber Optic Technology used by Airtel compared to the traditional cables and lines. The router that comes with the connection is installed with better Gigabit ports to accommodate the high-speed internet speed that goes up to 1Gbps.

Know The Strengths Behind Bharti Airtel!

One Airtel Plan: 4 Plans In 1 Bill

Airtel launched the One Airtel Plan that combines four services into a single plan that includes broadband, fixed-line, Airtel TV, Airtel dth recharge, Airtel balance checks and postpaid mobile to make the life of its busy customers easy and hassle-free.

The plan is now available in 17 cities across India, including:

Airtel makes its global presence felt by operating in 20 different countries across Africa, Asia, the UK, the USA, Hong Kong, Japan, France, and Singapore. The network also reaches out to the Channel Islands located off the French coast of Normandy. Airtel's network spans 50 countries and five continents.

What Are The Plans For Airtel 5G Network?

The latest news is that Bharti Airtel is partnering with renowned US chipmaker Qualcomm Inc. for its 5G SIM card rollout in India. It is said that Qualcomm’s 5G RAM technology platform will be used to implement the 5G network across India.

The collaboration with Qualcomm will enable an array of 5G services mobile and broadband across the country at affordable prices. The company’s network is ready to embrace 5G technology by Qualcomm and is buckled up to provide Indians with hyper-fast digital connectivity with ultra-low latency.

The 5G FWA (Fixed Wireless Access) platform by Qualcomm is proficient at supporting any combination of 5G spectrum modes and bands that may range from high power sub-6 to mmWave. The network is all prepared to join forces with its device partners and network vendors to fully utilize the potential of the said platform and accelerate the development of the My Airtel App for industrial use and global operations.

The rollout of the 5G network will help in fast-tracking our country India's socio-economic growth and development. This partnership will surely help to build a cost-effective 5G network that will leverage open RAN technology. The rising graph of Airtel’s network will allow Qualcomm to extend its technological leadership from smart devices to network infrastructure domains.

A Glance Into The History Of Bharti Airtel

In 1995, Bharti Cellular Limited (BCL) launched its first cellular services in Delhi, India, under the brand name Airtel. In a span of a few years, the company became the first telecommunication company to acquire over 2 million mobile subscribers. From 1999 to 2004, they attained control over JT Holdings, Skycell Communications, Spice Cell, and Hexacom, extending its cellular services to Karnataka, Andhra Pradesh, Chennai, Calcutta, and Rajasthan.

Airtel extended its cellular network to Andaman & Nicobar in 2005, and with this expansion, it started offering voice services across India. It was the first company to launch ‘Hello Tunes’ (a caller tune service). From May 2008, the company started expanding its cellular services globally.

The 365.4 million network subscriptions make the company the second-biggest mobile network operator in the world. As of 2020, It is the second-largest telecom provider in India with a market share of 28.4%.

The Company is highly recognized for its innovative and ground-breaking business strategies. The company has outsourced all its business operations except finance, sales, and marketing by building a ‘minutes factory’ model of low costs and higher volumes